Traditional Slovak Food & Where to Try It in Bratislava

I know, when you think of traditional Slovak food your mind likely blanks. But hear me out. Slovakia is at the intersection of many more famous gastronomies from countries like Hungary, Austria, Czechia, Poland, and Ukraine. Slovakia has influences from all of these in addition to a few of its own surprises.

The Basics of Slovak Cuisine

Like many eastern and central European countries, Slovak food is certainly on the heavy side. Meat like pork, veal, and chicken feature heavily alongside plenty of cabbage and potatoes. The country’s history of sheep herding also means that briny sheep cheese is also common.

Put together, these ingredients get you classics like sheep cheese dumplings, bryndzové pirohy, (pro tip, regardless of national origin dumplings are always delicious). Much like their cousins in Poland, these potato dumplings are covered with sour cream and other fixings. There’s also a sweet version of dumplings with fruit marmalade or plain sugar called Šišky.

Putting these together, one of the best meals of my life was from a friend’s Slovak mother and consisted of roast duck, braised cabbage, and Zemiakové placky (cooked in the duck fat of course). I nearly wept with joy. Try making the pancakes yourself! 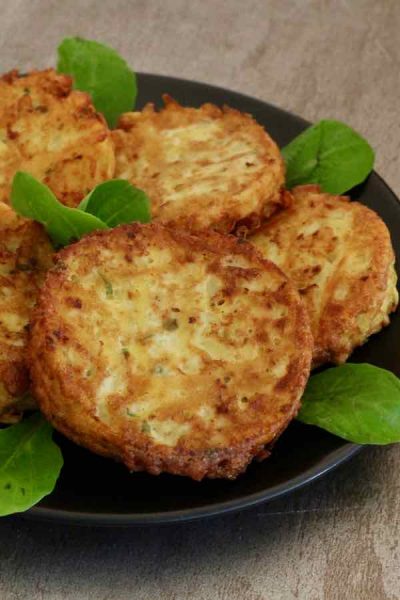 For desserts, there are many outstanding cakes and strudels inspired by nearby Vienna’s mastery of the art alongside the Slovak version of crepes called Palacinky. Often on top or next to these you’ll find fresh berries and preserved jams.

The Best Restaurants for Slovak Cuisine in Bratislava

Slovak Classics in the Heart of Bratislava At U Sedliaka

Called a classic for a reason, U Sedliaka is a classic wine tavern opened over 100 years ago. It sits downtown on a cozy pedestrian street. You can expect nearly all of the classics mentioned above along with draft wine and beer (the tavern is actually owned by a vineyard collective).

The theme here is rustic. You can expect an authentic tavern atmosphere and large portions at extremely reasonable prices. It’s not always as friendly to tourists in an attempt to maintain its Slovak character, so loud conversations and insistence on speaking English won’t get you far. But if you’re willing to work a little, you’ll be rewarded with an incredible experience.

Travel Back in Time At Hostinec u Deda

Farther from the center but worth the trip, it also boasts a rustic feel with ample brick and wood creating a cozy atmosphere. The old photos and historical items add to the feeling of going back to a different era entirely. The menu itself adds to this feeling with large portions of grilled meat served on cutting boards or more simple dishes of salad, dumplings, and pasta.

There is an English menu, but being so far from the center you’ll likely be the only foreigners around. The location also helps keep the prices down, so wine and their home-brewed beer start at just 90 Euro cents a glass. If you’re looking to get out of the touristy places downtown and experience a slice of more traditional Slovakia, this is the place.

A Boat, Hotel, and Restaurant in one? Yup, That’s Dunajský pivovar

Famous for its stunning views of Bratislava castle, this restaurant/hotel combo is actually a boat permanently docked on the Danube. It’s certainly a little more upscale and pricey compared to the previous two restaurants, but you get a lot for that. There’s a combination of Slovak classics alongside typical European fare like Greek salads.

Keep in mind this place gets very busy, so it’s best to avoid peak times. Most of the complaints I’ve heard about it relate to it being too busy. Also, consider staying here for the beautiful river and castle views from the hotel rooms.

Another brew-pub style place taking inspiration from the centuries old tradition of beer making in Bratislava. More specifically, the restaurant aims to revive the tradition of the centuries old brewery that used to operate next door. I can say they’ve really succeeded, making excellent beers in the classic Slovak 12 percent style (don’t worry, it’s only about 5 percent alcohol). The food is more well executed Slovak fare with heaping piles of potatoes, pork knuckles, dumplings, and garlic bread.

Get Yourself to Bratislava!

Owing to it being such a small city, Bratislava isn’t as accessible as many of its more famous neighbors. The best way to get there is by bus from cities like Vienna (90 minutes) or Budapest (just over two and a half hours).

Ready for your next trip?

Book your ticket now!
Previous story
Next story
How to pack a suitcase in 30 minutes
Travelling In the 2020s vs the 1990s
1

The Best Ways to Stay Safe While Traveling

Safety is always there as a flip side to the excitement of travel. As someone who spent a lot of his 20s traveling without ...
TOVÁBBI RÉSZLETEK